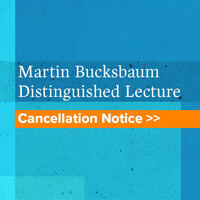 The 42nd Bucksbaum lecture with Cary Fowler planned for Thursday, April 2 has been canceled. This decision is part of a broader response by Drake University to help minimize spread of the coronavirus. Most events on campus between Saturday, March 14 and April 5 are being canceled.

Cary Fowler, former executive director of the Global Crop Diversity Trust, will deliver the 42nd installment of the Martin Bucksbaum Distinguished Lecture Series at Drake University. The lecture will begin at 7 p.m. on Thursday, April 2, in the Knapp Center, 2525 Forest Ave.

Appointed by the Secretary of Agriculture, Fowler is a former member of the U.S. National Plant Genetic Resources Board. He is also a former board and executive committee member of the International Maize and Wheat Improvement Center (CIMMYT) in Mexico.

Fowler’s Bucksbaum lecture will be the first lecture in the series to focus on the crucial role of agriculture and food in human survival.