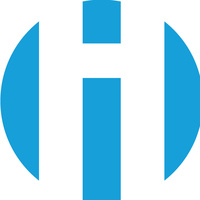 Join The Harkin Institute and Student Defense for a special screening and panel discussion on the award-winning for-profit college documentary FAIL STATE.

Executive produced by news legend Dan Rather, FAIL STATE investigates the dark side of American higher education, chronicling the decades of policy decisions in Washington, D.C. that have given rise to a powerful and highly-predatory for-profit college industry. With echoes of the subprime mortgage crisis, the film lays bare how for-profit colleges exploit millions of low-income and minority students, leaving them with worthless degrees and drowning in student loan debt.

Senator Harkin worked to hold for-profit colleges accountable to students and was interviewed for the documentary. FAIL STATE Director Alexander Shebanow traces the rise, fall, and resurgence of the for-profit college industry, revealing its Wall Street backing and the lawmakers enabling widespread fraud and abuse in American higher education.

You're not going yet!