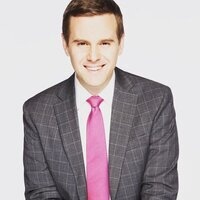 The Benson Lecture | Coming Out With Guy Benson

It is time that Drake University starts to add conservative voices to the campus dialogue. Prominent conservative commentator Guy Benson will be visiting Drake November 13 to talk about social conservatism and identity politics from the lens of a millennial conservative in an event free and open to the public.

Benson is the Political Editor of Townhall.com and a Fox News Contributor. He co-authored End of Discussion in 2015, an updated edition of which was published by Random House in 2017. He is a familiar voice on the nationally-syndicated Hugh Hewitt radio show -- which he regularly guest hosts -- and contributes to NPR's All Things Considered.

A fixture on the national speaking circuit, Guy was named to Forbes magazine's 30 under 30 law & policy list in 2015. The Huffington Post included Guy in its 2017 roster of the 25 top millennial broadcasters in American news and politics . That same year, he received the College Republican National Committee's biannual Lee Atwater Outstanding Young Conservative award . Guy served as a Media Fellow at Stanford University's Hoover Institution, and a Visiting Fellow at Harvard University's Institute of Politics.

Guy's resume in media and politics features internships at the White House-during the second term of President George W. Bush-as well as Fox News Channel in New York City. At Fox News, he assisted with show preparation, research, editing, and guest relations at the primetime show Hannity and Colmes. He wrote for National Review Online from 2006-2010.

Thank you to our generous sponsors - Drake University alumnus, Mike Mason BN '65 and the Slay Fund. Join us!